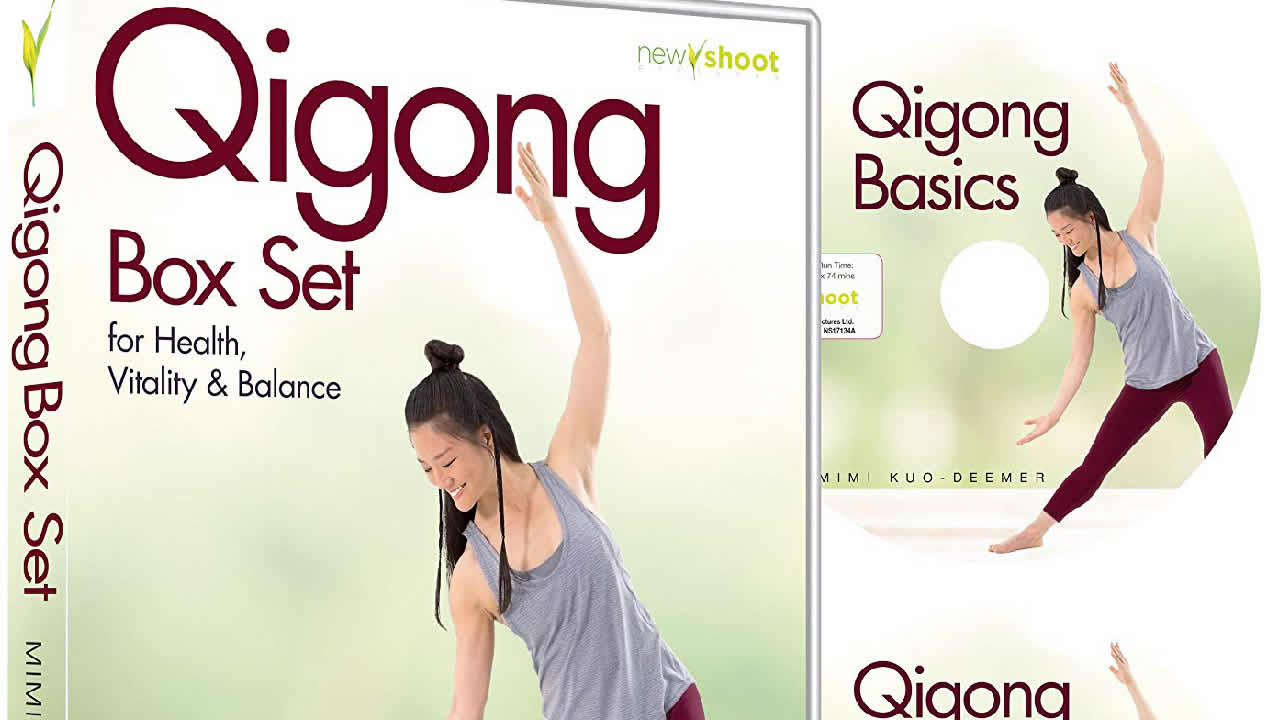 Learn how to practice core Qigong exercises with Mimi Kuo-Deemer for beginners at any age or level on DVD. 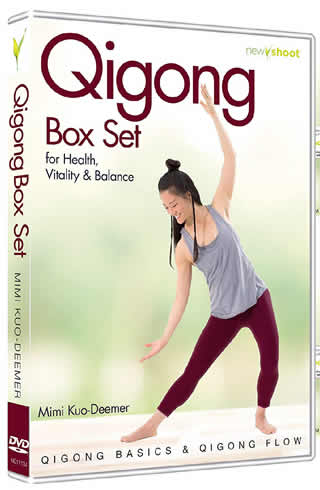 Mimi’s inspiration, curiosity & love for Taoism, and the Five Elements practice, emerged as complementary and yet distinct practices alongside her love of yoga and meditation.

She now lives in Oxfordshire and teaches primarily at London\’s Triyoga, where she co-teaches on their two-year teacher training diploma course as well as runs immersion training.

Mimi is a graduate of Stanford University and SOAS, University of London, where she earned a master’s with distinction in 2016 in Traditions of Yoga and Meditation. She has published a number of yoga and Qigong DVDs videos.

Qigong (chi kung) is an energy and intention-based practice that works with the body and spirit, so they are equally developed and cultivated.

Each form or set of exercises is in its own stand-alone video and is well-made and thought out.

While sometimes our qi can be healthy, balanced, and flowing, when we are stressed, tense, or unwell, it can become stuck, stagnant, deficient, or excessive.

In these Qigong videos, Mimi presents two well-known and accessible forms of Qigong practice: the Eight Brocades, and the Eighteen Forms. Both sequences are excellent routines for beginners and advanced students of Qigong.

The forms work with the qualities of cleansing the body while building strength and flexibility. They also are designed in such a way to promote health and balance in the body’s organs and meridian systems.

The Eight Brocades practice, almost 30 minutes, works to clean the blood and increase health and vitality in the organs, meridians, and their associated emotional qualities.