Chai Tea offers amazing flavors and plenty of health benefits. Every country has its' own favorite blend of spices, and each season of the year will offer a new harvest.

Chai tea is full of tasty ingredients with plenty of documented health benefits.

What Is Chai Tea?

Chai tea dates back some 5,000 years ago used in ayurvedic medicine in India for the healing and balancing of one\’s health with the use of special herbs and spices such as cardamom, ginger, black pepper, and cloves. Today it’s a chai Tea Latte that satisfies all the taste buds and sensations in the mouth.

In India chai does mean tea so when you say Chai Tea to an Indian, they may look a little confused and for good reason, because it sounds like you are saying Tea Tea.

You can find syrupy concoctions at Starbucks and McDonald’s with way more sugar than FDA allows, but there\’s nothing like making chai tea at home with fresh organic ingredients.

Hello yes, as a matter of fact, a 12 oz chai latte at Starbucks can have over 35 grams of sugar. Yes and that alone is 10 grams over what the American Heart Association recommends to women which is 25 grams per day.

Can chai help a diet?
Research has shown that compounds found in black tea help break down and reduce the number of calories your body can absorb from the food you eat and black pepper and ginger can help with digestion.

Ayurvedic Healing Chai is determined by your body type and the season. In India, people drink chai year-round and especially during the changes of the seasons.

Masala chai This is the most popular of all the chai teas. It is prepared with assorted spices with Ayurvedic properties. Spices and herbs included are cardamoms, cloves, black pepper, fennel, and cinnamon mixed in with the milk. Each spice has its own individual health benefits. Masala chai spices work together to relieve inflammation, digestion problems and can help with weight loss.
.
Matcha Chai Tea Matcha is well known for providing a wealth of health benefits and a nice kick to keep you going for the rest of the day.

Thai Chai Tea is similar to in the ingredients in Masala tea and includes star anise, crushed tamarind, and sweetened condensed milk.

Turkish tea or Cay is a blend pf different chai from China, Asia, and India.

Kashmiri Kahwa is a Pakistan tea derived from saffron strands, and local herb which is included in the blend of Cardamom, almonds, cinnamon, and cloves are also added to the tea. The tea is actually pink.

Tulsi Chai uses one of India’s most sacred herbs – the holy basil. Fresh tulsi leaves are added to the brew and it’s thought to strengthen the immune system and in relieving stress.

Ginger chai is a hot favorite, especially during winter. Grated ginger is added to the teapot while the tea is brewing. This is also considered the elixir for colds because of ginger’s reputation for clearing sinuses.

Rooibos Chai is a unique alternative for a decaf or in this case a no-caf chai.

Coconut Chai offers a nice sweetness of its own married with your special herbs & spices.

OF course, you can find syrupy concoctions at every Starbucks and McDonald\’s that is made for the standard American taste buds, but there\’s nothing like homemade chai using with fresh ground herbs, spices, and Indian Tea.

How to Make Chai Tea

There are many different types of Chai. Every country has its\’ own combination of herbs and spices and during the different seasons also offer an abundant amount of herbs for that season.

Start with some cool spring or filtered water the cleaner the better, but not pure or distilled. You do want some natural minerals for health reasons.

There are so many types of chai so there are several ways to prepare, but after a short time, you will find your favorite recipe and enjoy some variations.

Here are some general pointers that will help get you started.

What are the Health Benefits of Chai Tea?

Many of the herbs and spices found in chai tea have been used in Chinese and Indian medicines for thousands of years and putting them together in a nice tasty drink makes it very easy and pleasurable to get all the benefits from these herbs and spices.

Chai in Ayurvedic Medicine
Ayurvedic doctors prescribe Chai year-round and especially during the winter, spring and fall when the temperatures are changing and people are excitable to colds and flu.

Drinking Chai tea between meals or in the evening can help with digestion and help with food cravings at the same time.

Coffee vs Chai Tea
Some studies say there are health benefits to coffee. Chai has plenty of different herbs and spices not to mention tea that all have their own positive properties that are well-documented and help support a healthy lifestyle, diet, and overall health. It would not be a bad idea to include both in your diet on a weekly basis.

Cloves have been used in Asian as well as European countries for centuries and they\’ve been used for colds and used as antiseptics and are very good for oral health.

Black pepper has many different benefits including warning the body and helping digestion. Make sure you use a peppercorn grinder or know your source, the average ground pepper available is not that pure.

Ginger helps in digestion and is known to help with circulation and the immune system.

Fennel has been used for a long time in France and Germany for the treatment of kidneys and other problems as well as laryngitis and digestion.

Cinnamon has been used in many ways to help with circulation, open breathing, and increase awareness and vitality. Cinnamon has also been shown to reduce insulin resistance and lowering blood sugars by 10 to 29%.

Star Anise Is mostly used in Asian and Thai Chai lattes this herb is as quite a few properties that help with coughs as well as freshen in the breath.

Other ingredients black tea from India, Japanese Matcha, or rosemary.

Sweetners I don’t allow sugar in my house so I have to be creative with sweets. My number 1 sweetener right now is blackstrap molasses and maple syrup or raw honey. It’s amazing how little you have to use.

With all the health benefits and this being such a tasty beverage how can you go wrong?

Even if you turn into an avid chi tea drinker there are also many variations and options so you won’t get bored while searching for your own special brew.

My Fitbit Charts for April 2020
Next Post:Why Add Organic Dried Golden Berries to your Diet? 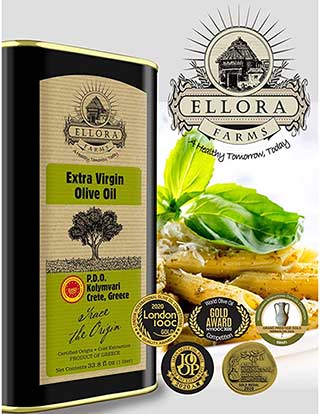